A factory producing enamelware was set up in the formerly rural Krakow district of Zablocie in 1937. During the Second World War its owner was the businessman Oscar Schindler. Today, one of Krakow’s most interesting museums is found on the grounds of the old factory and it has quickly become one of Krakow’s top attractions. The mutlimedia exposition is extremely well done and brings the history of Krakow during this difficult period to life. Join us on a trip to Oscar Schindler’s Factory!

Documents, photographs and first-hand accounts of survivors are used to powerfully present the Nazi occupation of Krakow during the Second World War. Visitors can leanr about the various phases of the Nazi occupation of Krakow, as well as the fate of the inhabitants of this multicultural city. The story of Oskar Schindler – the factory owner and savior of more than 1,000 Jews – is also a key component of the museum. Extensive photographic documentation presented in the museum is evidence of cunning and charisma of this German entrepreneur and his willingness to help others.

Our licensed guides will take you through this amazing history that is a required part of any visit to Krakow. We organize tours for both individuals and groups in various languages. Please note that it is necessary to reserve tickets in advance.

The visit to the museum in the Schindler Factory takes approximately one and a half hours.

For extra background to what you will experience in the museum, we recommend that you become familiar with either the book or film version of “Schindler’s List”.

The musuem is free on Mondays and so only the fee for the guide applies. 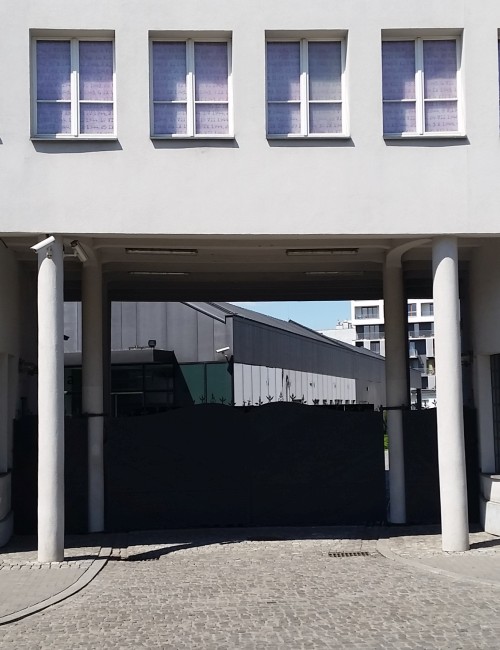 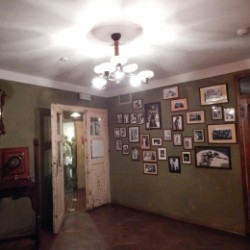 The first part of the exhibition is dedicated to showing the city before the outbreak of World War II. Photographs and films remind us of the multicultural and multi-faith communities of the Krakow of 100 years ago. An extremely interesting piece of history owned by the museum is a Kaiserpanorama from the turn of the century – a precursor to film that provided individual viewing of stereoscopic images and created the impression of a moving space. It was used in Krakow from 1920 to 1970. Also in this part of the museum is a film about the employees of Schindler’s factory, known as DEF (Deutsche Emailwarenfabrik). 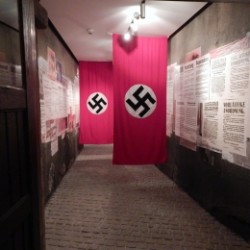 A dark, narrow corridor introduces visitors to the atmosphere of war. Sensations from the first of September, 1939 are amplified by the sounds of bombing, radio announcements, and the comments of residents. The next tunnel leads to small TKS tankettes, which were had been produced since 1934 and modeled on the British original. They were to supposed to aid in small offensives, reconnaissance and later fighting against German tanks. The German invasion of Krakow on September 6, 1939 marked the beginning of more than five years of occupation of the city. The exhibition shows the successive stages of the  transformation of Krakow, which had become the capital of the Nazi-created General Government. Its gradual Germanization can be seen through changes in street names, institutions and squares along with the appearance of the swastika flag. From November of 1939 Wawel Castle became the personal residence of Hans Frank, Nazi Governor General of Poland. 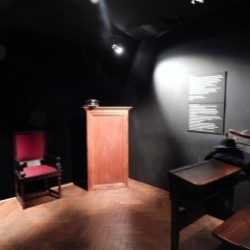 A reconstructed classroom from the local university introduces visitors into a space depicting the events of November 6, 1939 when the Nazi’s carried out Sonderaktion Krakau – the arrest of 183 people employed in academic and administrative positions at Krakow universities. By the end of November, 1939 they were sent to the labor camp at Sachsenhausen. In February of 1940, 101 prisoners over the age of 40 were released after international negotiations. More were released in 1940 and 1941. Due to their age, forced labor and difficult weather conditions, some of those arrested died in the camp and others after their release. Sonderaktion Krakau made a huge impact on the residents of Krakow as it showed for the first time the scale of the terror and the intentions of the Germans invaders against the intellectual community of the city. 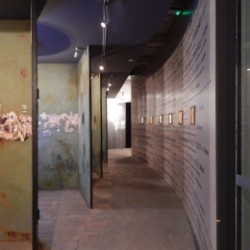 The atmosphere of terror in Krakow during the Second World War intensified with raids on the streets, interrogations with the use of physical and psychological torture, and detention in prison. Posters announcing deaths – with the names of people executed or sentenced to be shot – and images of public executions served the politics of the total subordination of the Polish population. Reconstructioned prison cells engraved with inscriptions of names, nicknames, prayers (original still visible on the walls of the old prison cells Gestapo headquarters at Pomorksa street – now a branch of the city museum) illustrate the scale of terror. 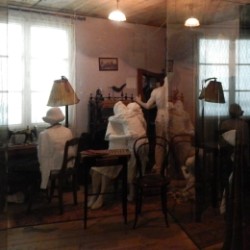 Starting in 1940, displacement actions aimed at reducing the number of Jews were conducted in Krakow. This was done in accordance with plans to make Krakow, the capital of the General Government, a “racially pure” city, meaning free of Jews. Dark, narrow corridors surrounded by a wall in the shape of tombstones symbolizes the barrier created in the ghetto in March 1941. Photographs of streets, people, written memories – all this evokes the incomprehensible grief of this terrible era. A small, crowded apartment shows the reality of life during the war. Great overcrowding often meant such rooms were inhabited by a dozen people, often complete strangers. During the ghetto’s liquidation after two years, some Jews fit for work were sent to the Plaszow labor camp. Their fate hardly improved since they were sentenced to hard physical work and exposed to the wrath of Camp Commandant Amon Goeth, who personally murdered more than 500 people and enjoyed shooting at his workers from the terrace of the house where he lived. In January 1944, the  Plaszow camp was turned into a concentration camp, where Poles, Hungarians, Slovaks and Roma were also imprisoned. 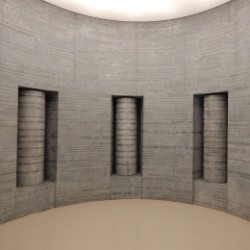 The last stage of the war

The Red Army entered Krakow on January 18, 1945 and the German occupation of the city ended. Before retreating, the Nazis quickly destroyed archives and documents and blew up bridges on the Vistula River. The city, however, remained virtually undamaged. This part of the museum presents a summary of the exhibition depicting occupied Krakow. Black lettering serves a testament to the courage and heroic struggle for the life of another human being despite the threat of the death penalty for helping Jews. In contrast, the inscriptions on the rotating rollers show the attitude of abandonment, indifference and lack of empathy. This is a place for quiet reflection and remembrance. 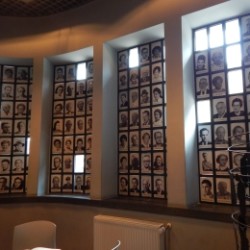 Although the full name of the museum is  Oskar Schindler’s Enamel Factory (presenting the exhibition “Krakow under Nazi Occupation 1939-1945), it is not dedicated to Oskar Schindler. However, the museum could not possibly leave out mention of the savior of more than 1,000 lives. The exhibition presents photographs Schindler taken in the factory during the war, and others taken of his surviving workers after the war. One room in the museum is Schindler’s actual study with a well-preserved map of Europe marks with the names of cities in German (Another office, at the top of a staircase, was used in the film “Schindler’s List” was built after the war). The last space in the museum shows many of the faces of workers saved by Schindler. Their stories and postwar fates have been documented in several books available in the museum giftshop and they are proof that “he who saves one life, saves the whole world …”