At the crossroads of cultures

Do You want to visit Jewish quarter Krakow? At its beginning Kazimierz was a separate town founded in the 14th century by King Casimir the Great. A huge Jewish community lived here until World War II, cultivating its religion and culture. Nowadays the magic and exoticism of this district is comparable only with the nostalgic charm of the Josefov – Jewish quarter in Prague.

During the tour our licensed Krakow guide will show you some aspects of culture, customs and history of Kazmierz Jews. We will visit a few of the seven preserved synagogues  and the oldest Jewish cemetery in Poland (one of the oldest in Europe!) called Remuh Cemetery. You will feel a unique atmospere of Szeroka Street.

During the extended Jewish quarter Krakow sightseeing you will see an exhibition in the Old Synagogue (atually a branch of the Historical Museum of Krakow) presenting objects connected with Jewish tradition and Judaism. We will also visit monuments of Christian heritage of Kazimierz – huge medieval churches: St. Catherine and Corpus Christi. Finally we will go through charming narrow streets and beautiful squares of Kazimierz to the Pauline Church and monastery (so called Church „on the Rock”) situated near the Vistula River.

The entire district with development is on the UNESCO World Heritage List and has a status of a historical monument. Kazimierz is also one of the trendiest places in Krakow, full of art galleries and climatic pubs, restaurants and cafes.

Tour adjusted to the age, interest and needs. Your anticipations will be our top priority!

Duration: 2-4 h, depending on the selected option of sightseeing 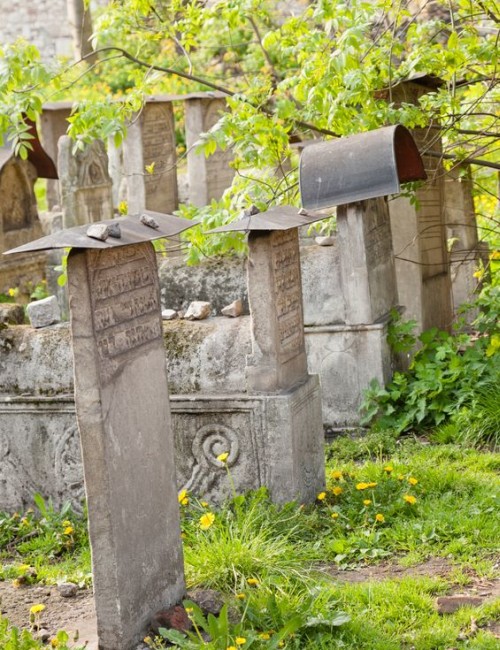 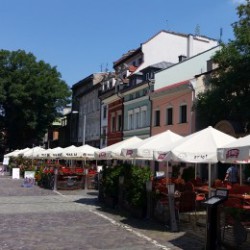 An unusual place, where the heart of Jewish Kazimierz beats. There are five of the seven synagogues in Kazimierz – including the oldest, the fifteenth-century Old Synagogue. Here takes place the final concert of the Jewish Culture Festival, which collects colorful crowds from all over the world. 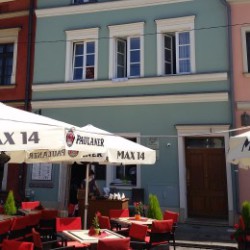 The birthplace of Helena Rubinstein – the owner of the well-known in America (especially in 1950s) brand of cosmetics. Helena Rubinstein left Poland in 1900. Despite the tiny height (147 cm) she managed to conquer the world of bussiness. Come with us and see, where did this unusual career begun. 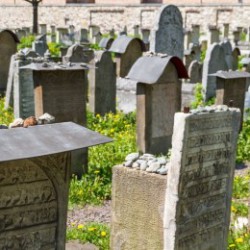 A unique occasion to see the interior of the 16th century synagogue and one of the oldest Jewish cemeteries in Europe. An extraordinary place, extremely important for many generations of Kazmierz Jews. 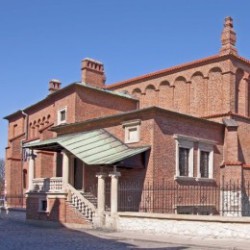 One of the most significant points on Jewish quarter Krakow sightseeing route. Originally raised in the 14th century, nowadays restored after war demage. Beautiful architecture and unique sacral interior. Fascinating exhibition of artefacts connected with judaistic tradition inside. 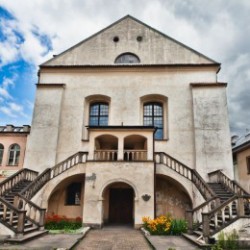 Prayerhouse erected in the 1st half of the 17th century on the initiative of the royal banker, Izzak Jakubowicz and designed by Italian architect, Francesco Oliverri. 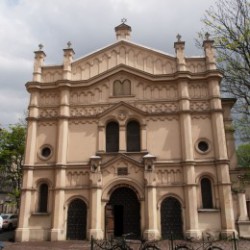 A living place, where you can come into contact with the tradition of progressive wing of Judaism. Nineteenth-century building is modeled on the Vienna Tempel Synagogue. The rich and unique interior is tailored to the needs of the reformed liturgy. 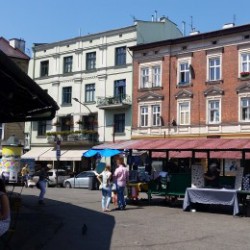 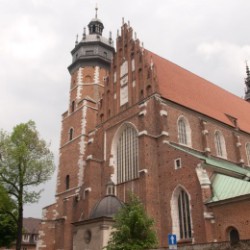 The huge Gothic basilica, formerly a parish church of the Kazimierz City. The decision to erect a church under this title was taken by King Casimir the Great. Monumental architecture of the temple and beauty of its equipment are breathtaking. 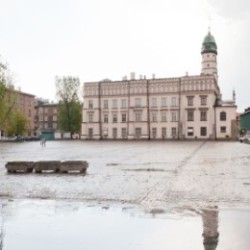 Part of the original market town of Kazimierz. The charming urban space, where You can see a beautiful Renaissance Town Hall (the headquarters of ethnographic museum) and feel a little nostalgic atmosphere of the past. 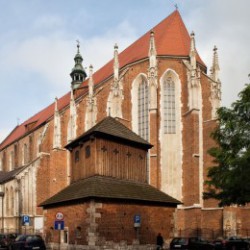 One of the most beautiful Gothic churches in Poland. Monumental size, stunning architecture and accumulation of valuable objects inside remain in will remain in Your memory for long. 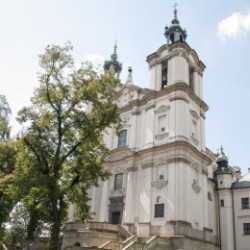 “Skałka” means in Polish “a slight rock”. A beautiful baroque church and monastery of Pauline Fathers were erected on a rocky bank of the Vistula River. It is a highly important place from the perspective of Polish identity – there is a national pantheon.